The Maya civilization developed in an area that encompasses southeastern Mexico, all of Guatemala and Belize, and the western portions of Honduras and El Salvador.

The Maya recorded their history and ritual knowledge in screenfold books, of which only three uncontested examples remain, the rest having been destroyed by the Spanish. The Maya developed a highly complex series of interlocking ritual calendars, and employed mathematics that included one of the earliest instances of the explicit zero in the world. As a part of their religion, the Maya practiced human sacrifice.

The Mayans were noted for their hieroglyphic script, the only known fully developed writing system of the pre-Columbian Americas, as well as for its art, architecture, and mathematical and astronomical systems. 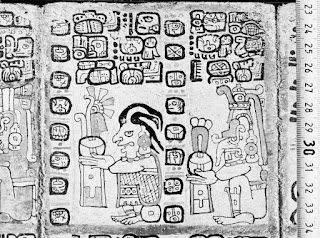 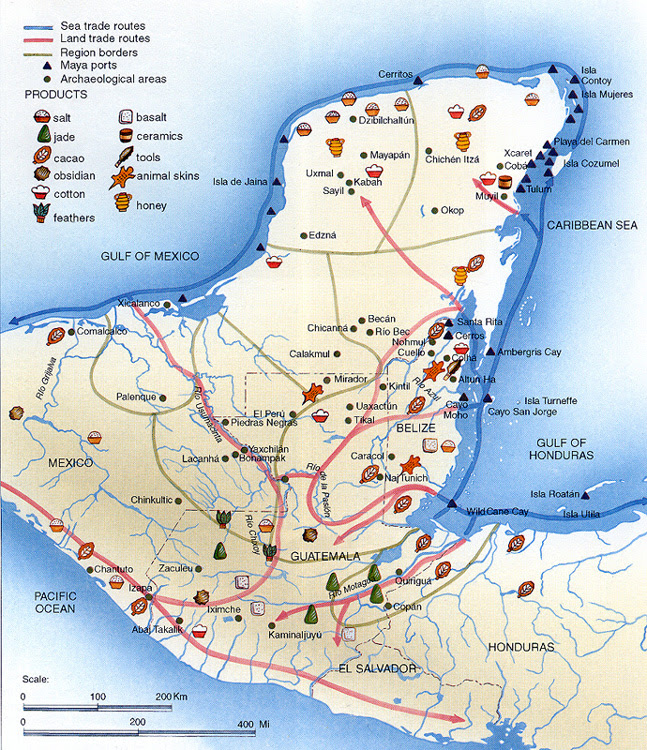 Numerous city ruins have been discovered in the jungles of Yucatan. The principal architecture of these cities consisted of palaces, pyramid-temples, ceremonial ballcourts, and structures aligned for astronomical observation. 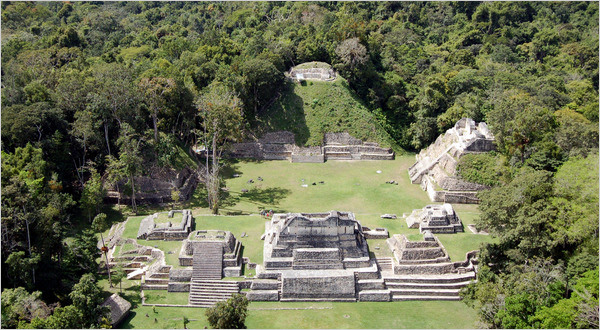 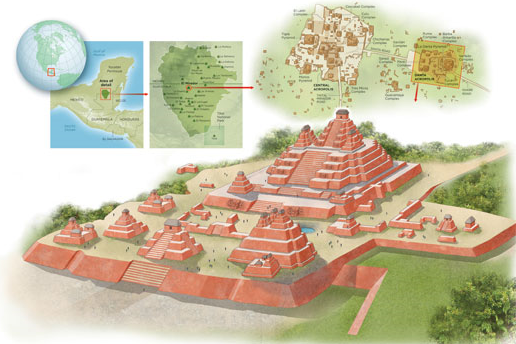 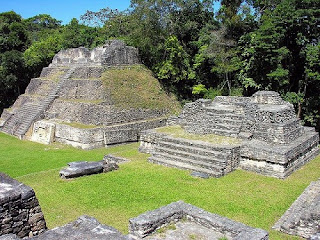 Mayan causeway systems linked important features of a city to one another and later linked cities with other cities. These causeways, created above the ground level, were paved with crushed white stone, and were known as by their Maya name sacbe ("white way"). https://en.wikipedia.org/wiki/Sacbe