There's a wonderful site called Streamliner Memories that's filled with railroad memorabilia from the "Sliver Age" of streamliners. All types of Railroad Passenger Brochures, Dining Car Menus, Travel Advertisements can be found there.

These maps are screenshots of PDFs, Use the PDF link for higher resolution and/or downloading.

Posted by Rich Coffey at 3:56 PM No comments:

Shekomeko was a small historic hamlet in eastern Dutchess County, New York. Originally a village of Mahican Native Americans, the name Shekomeko was derived from their Algonquian language: she, -che (from mishe or k'che), 'great,' and comaco, 'house,' or 'enclosed place'—'the great lodge,', or 'the great village.'" 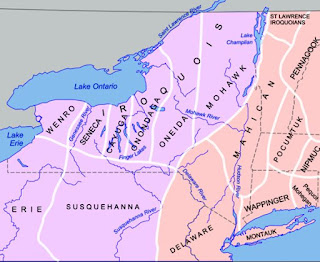 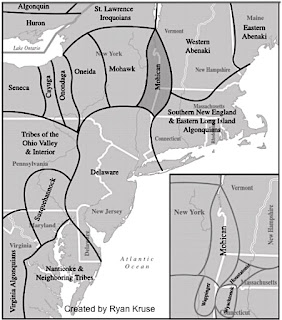 Native Americans and the Moravian Mission

The village has a fascinating history.  It was Moravian mission and in the summer 1742, Shekomeko was established as the first native Christian congregation in America. The increasing Moravian influence and their success with the Native Americans led to resentment by European settlers in the area. False rumors of atrocities were spread and the authorities were petitioned to intervene. A law was enacted on September 21, 1744 forbidding anyone from residing with Indians in order to Christianize them. 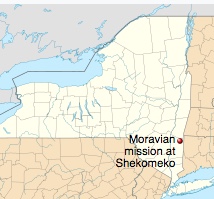 By 1746, area settlers petitioned the governor to issue to them a warrant authorizing the killing of Shekomeko Indians. Shortly thereafter the mission was abandoned and the ten remaining families--a mere 44 persons where all that remained of the original 8,000 member tribe 100 years before--sought refuge in nearby Connecticut, while others traveled to Pennsylvania to be closer to the established Moravian settlements there.

A Railroad is Built

Construction on the Dutchess and Columbia Railroad began in 1868, and by 1869 the line reached north to Pine Plains. Construction then continued eastward through Shekomeko reaching Millerton in 1871. In 1877 the railroad was reorganized as the Newburgh, Dutchess and Connecticut Railroad (ND&C). In 1905 the New York, New Haven and Hartford Railroad acquired the ND&C and in 1907 merged it into the Central New England Railway. 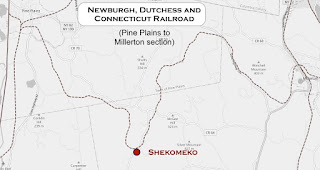 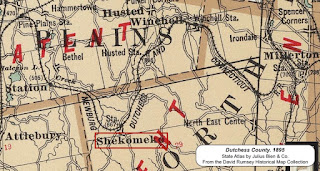 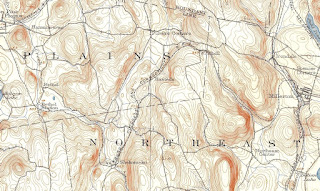 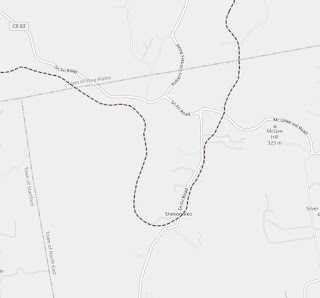 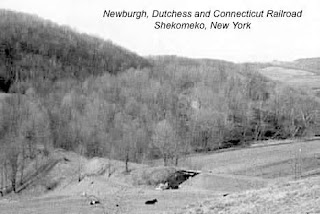 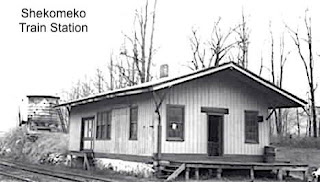 There's little left of the village now as this google aerial illustrates but there is a monument dedicated to the Moravian Christian Mission that was dedicated by the NY Moravian Historical Society in Oct 5, 1859.

History of the Moravian Church (Wikipedia)

Posted by Rich Coffey at 7:05 PM No comments: 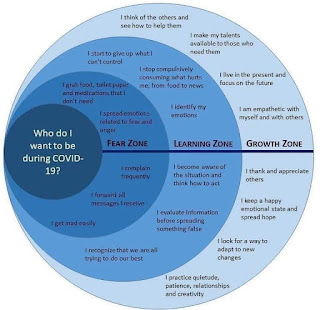 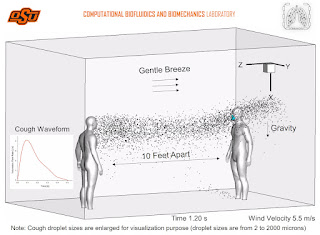 A 3D model of a person coughing in an indoor environment
How an aerosol cloud travels in the air. Link > 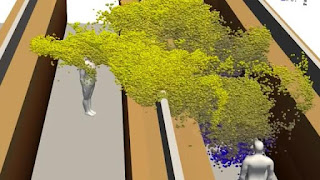 Mapping the Invisible Spread of Coronavirus Through Simulations
Link > 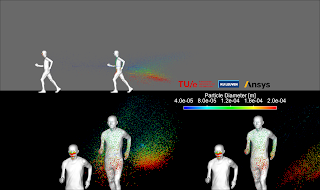 Posted by Rich Coffey at 4:12 PM No comments:

Fun facts  - a few bizarre and unique lesser-known historical tidbits of the past. Rain or shine, a good read! 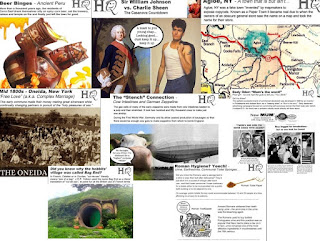 Posted by Rich Coffey at 4:51 AM No comments:

Reservoirs East of the Hudson River

New York City gets it water from a variety of sources. Some of it comes from a series of reservoirs and lakes north of the city.

History of the Water Systems
As the population of New York City grew in the 19th century, so did the need for water. The first use of water from Westchester County came from the old Croton Dam (forming what was called Croton Lake), which was completed in 1842. In the 1880s, the City faced increasing demands for water and therefore needed to enlarge the Croton Reservoir to meet that need. 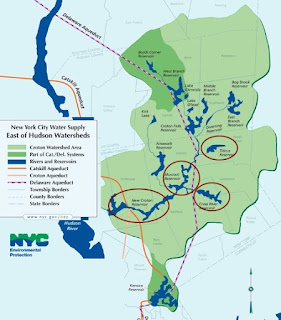 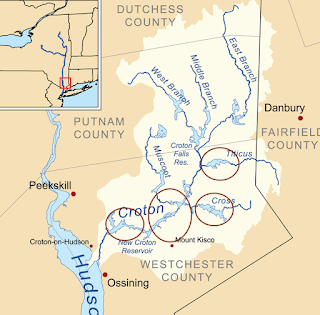 The Cross River Reservoir was  put into service in 1908. The resulting body of water is one of twelve reservoirs in the Croton Watershed, the southernmost of New York City's watersheds. 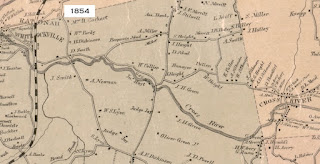 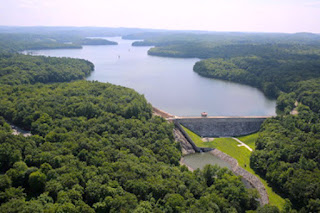 The Titicus Dam was constructed between 1890 and 1895 and the reservoir was placed into service in 1893. 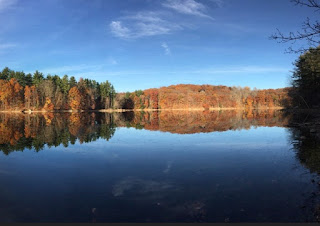 As you can see from this 1858 map, what is now inundated with large large bodies of water was just a simple river system back in the mid 19th Century, 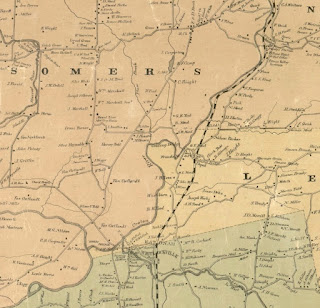 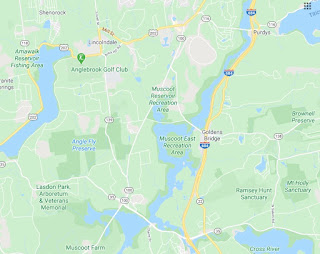 The reservoir was completed in 1905 and serves as the main collecting point for all the reservoirs in the Croton Watershed (except for the New Croton Reservoir, which later receives its water). 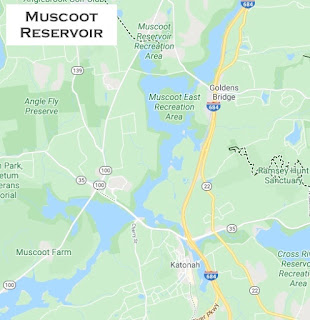 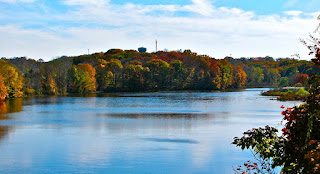 The New Croton Reservoir is the collecting point for water from all reservoirs in the Croton Watershed. In 1842 the Croton River, a tributary of the Hudson River, was impounded by the Old Croton Dam to create Croton Lake. It was New York City's first source of water beyond its city limits and its waters traveled by aqueduct to the Croton Distributing Reservoir in midtown Manhattan.

In 1905 the New Croton Dam was completed, expanding the existing area of impounded water. 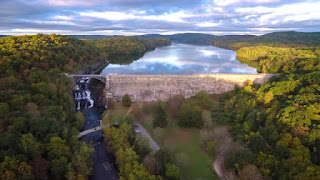 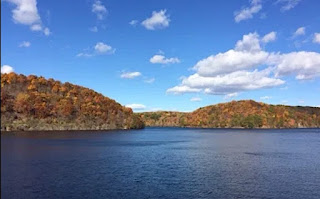 Posted by Rich Coffey at 5:45 PM No comments: