Six places most folks may want to avoid  :-). "Laugh of the week'"
Click on Google Map Link - these are for real! 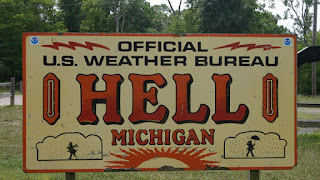 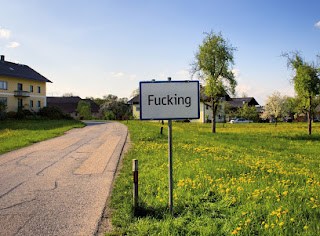 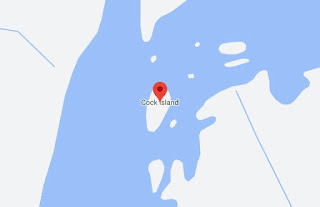 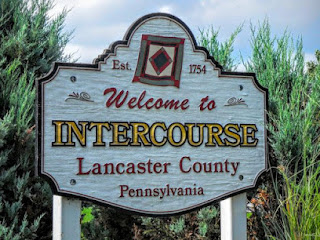 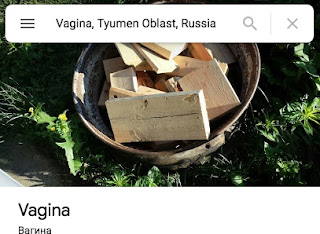 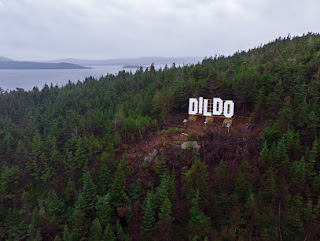 How can music and a love of interplanetary ideas mix together to make a data visualization? With this lovely interactive example of a data analysis about famous song covers. Each song is a planet and its covers are satellites orbiting around it. Each song planet can be clicked on to visualize its own specific data.

Scroll down and interact - amazing

This is beautiful! Hover over any color at any point, and see the exact number of immigrants who became residents from that country in a specific decade.

Go to Interactive Visual >
Posted by Rich Coffey at 4:40 AM No comments:

Who were the Cumans?

The Cumans were fierce and formidable nomadic warriors of the Eurasian Steppe who exerted an enduring influence on the medieval Balkans. They were numerous, culturally sophisticated, and militarily powerful.

The Cumans entered the grassland of Eastern Europe in the 11th century, from where they continued to assault the Byzantine Empire, the Kingdom of Hungary, and Rus. It should be noted that Cumania was neither a state nor an empire, but different groups under independent rulers, or khans, who acted on their own initiative, meddling in the political life of the surrounding states. 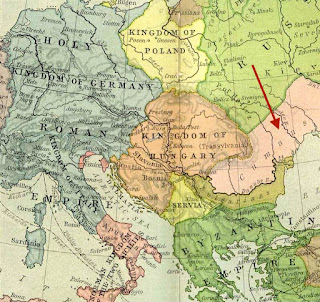 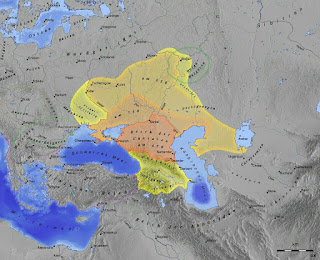 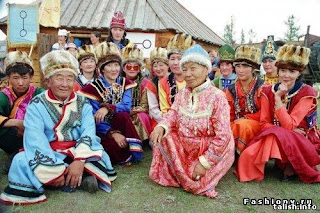 Posted by Rich Coffey at 5:36 AM No comments:

Wikipedia is always a great resource for info. From obscure history details to well written summations of art, literature and music its no wonder Google Searches always turn up a Wikipedia page first!
The visual format of the revolving membership in rock bands is a great example of well done data visualization. Below are a few from the collection. Click any graphic to see its enlargement 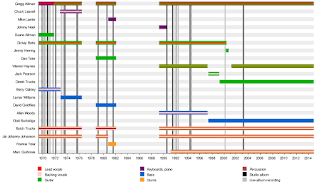 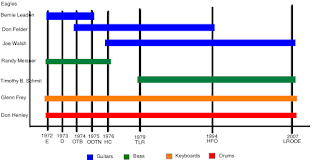 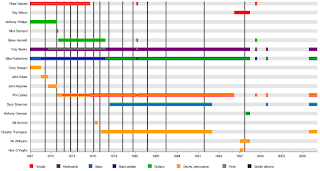 Frank Zappa and the Mothers of Invention 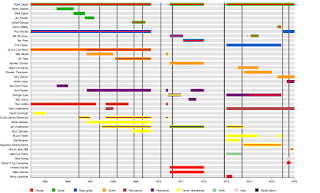 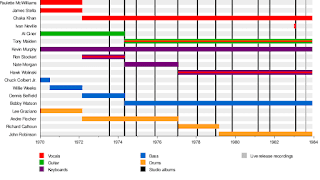 A few selections from the visme site...

Humans are addicted to drinking water from plastic bottles. This has turned into a huge garbage problem. This visualization shows the piles of plastic bottles in relation to famous landmarks and cityscapes. Source #5 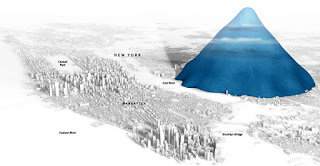 Data artist Federica Fragapane was commissioned by the BBC to create a data visualization about Space Junk. The data sets are separated into different categories; the distance from the earth, the types of space junk, and the size and mass of the objects. Source #10 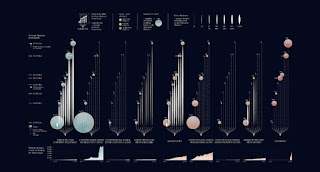 Posted by Rich Coffey at 5:19 AM No comments: