This region includes territory belonging to nine nations. The majority of the forest is contained within Brazil, with 60% of the rainforest, followed by Peru with 13%, Colombia with 10%, and with minor amounts in six other nations.

The Amazon represents over half of the planet's remaining rainforests, and comprises the largest and most biodiverse tract of tropical rainforest in the world, with an estimated 390 billion individual trees divided into 16,000 species. 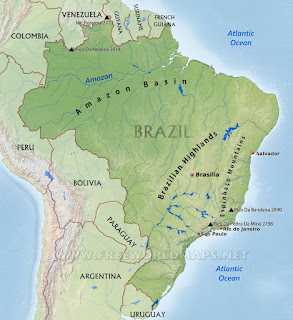 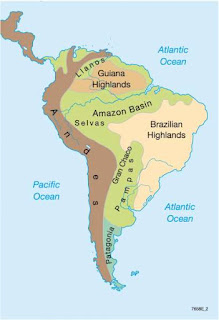 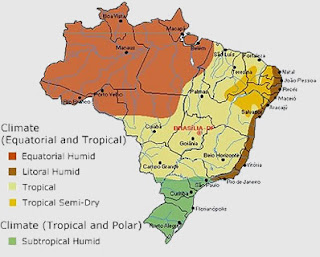 More than 56% of the dust fertilizing the Amazon rainforest comes from the Sahara desert. The dust contains phosphorus, important for plant growth. The yearly Sahara dust replaces the equivalent amount of phosphorus washed away yearly in Amazon soil from rains and floods. Up to 50 million tons of Sahara dust per year are blown across the Atlantic Ocean.

Deforestation of the Amazon rainforest

The annual rate of deforestation in the Amazon region dramatically increased from 1991 to 2003. In the nine years from 1991 to 2000, the total area of Amazon rainforest cleared since 1970 was comparable to the land area of Spain, Madagascar or Manitoba. Most of this lost forest was replaced by pasture for cattle. 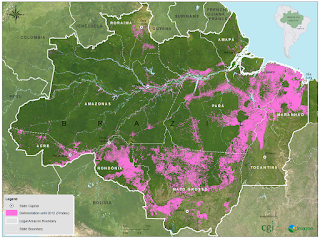 Part Two will be focused on the Indigenous People and their surprisingly sophisticated culture (their prior cities recently discovered and their successful large scale agriculture techniques)...

Posted by Rich Coffey at 5:12 PM No comments:

The Lost City of Z

I just happened to pick up this book in the local library: “The Lost City of Z: A Tale of Deadly Obsession”. Its about the English colonel Percy Harrison Fawcett, who dedicated years to explore and to map much of the uncharted Amazon is the far reaches of Bolivia and Brazil. Often considered one of the most extraordinary explorers of the 20th century, his adventures mirrored the modern day Indiana Jones and inspired Sir Arthur Conan Doyle’s bestseller “The Lost World” (1912). His eight and final expedition and his sensational disappearance made headlines around the world. 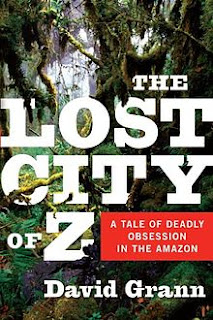 His trips were sponsored by the British Royal Geographical Society and his meticulous note keeping were instrumental in mapping much of the unknown parts of Western Amazonia.

Who was Percy Fawcett?

Percy Fawcett began his career as a map maker and explorer, cataloging the disputed border between Bolivia and Brazil. He made a name for himself by being unafraid to venture away from the rivers and move inland. He adopted a policy of peace with the native Indians and gradually grew to respect them immensely.

The book focuses on Fawcett’s expeditions in the lower Xingu, a southern tributary of the Amazon. Here Fawcett believed he would discover a great lost city which he named “Z”.

For centuries Europeans believed the world’s largest jungle concealed the glittering kingdom of El Dorado. Thousands had died looking for it. In pursuit of the legend, Spanish conquistadors and numerous others for years searched Colombia, Venezuela, and parts of Guyana and northern Brazil for the city and its supposed fabulous king. In the course of these explorations, much of northern South America, including the Amazon River, was mapped. By the beginning of the 19th century most people dismissed the existence of the city as a myth.

While earlier expeditions across much of South and Central America were unsuccessful in locating this city of gold, Percy Fawcett was convinced he could. Getting an assignment from the Royal Geographical Society to map the remote still unknown regions of Amazonia in Bolivia and Brazil was a perfect opportunity to fulfill his dreams. In 1925, Fawcett, along with his son Jack and Jack's best friend Raleigh, disappeared into the jungle after declaring that they knew where the Lost City of Z was located.

In the next seven decades, scores of explorers had tried and failed to retrace Fawcett’s path. Some nearly died of starvation, while others retreated in the face of tribes that attacked with poisoned arrows. Then there were those adventurers who had gone to find Fawcett and, instead, disappeared along with him, swallowed by the same forests in the Mato Grosso region which travellers had long ago christened the “green hell.”

Map of The Final Expedition 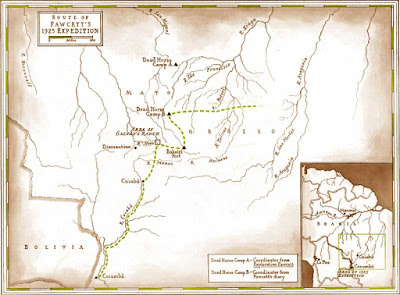 The Lost City of Z: A Tale of Deadly Obsession…

Posted by Rich Coffey at 5:17 PM No comments: