Hidden Crater in the Catskills


Did you know about the "crater" in the Catskills?

The circular pattern made by the two creeks surrounding Panther Mountain suggest that it might have a different origin from other Catskill peaks. In the early 1970s, a geologist of the New York State Geological Survey at the New York State Museum in Albany wondered if the stream pattern indicated an impact crater buried beneath the surface. 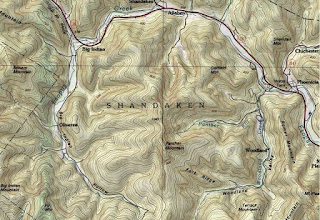 The impact is estimated to have occurred 375 million years ago, during the Devonian period, when much of what is now the Catskills was either river delta or a shallow sea. The crater lies 2,640 feet below the surface, is 6 miles wide, and lies directly under the mountain. The meteorite that struck is believed to have been roughly one-half mile  wide, striking with a force equivalent to 11 trillion tons of TNT. -Wikipedia

Posted by Rich Coffey at 8:44 AM No comments:

Is the U.S. Better Off As A Bunch Of Separate Countries? 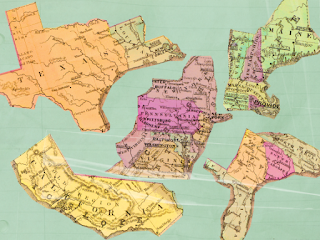 Posted by Rich Coffey at 8:30 AM No comments:

A study which crunched 2015 annual average traffic data from the Highway Performance Monitoring System to find the least traveled roads in each state, and in all of America is now online as interactive map.

Posted by Rich Coffey at 4:28 PM No comments:

In the early 2000s, a shop in Riga, Latvia’s capital held bundles of Cold War-era maps of British cities, created by the Soviet military

The Russian maps were supposed to be destroyed after the fall of the Soviet Union, but some officers, seeing an opportunity for profit, sold them. They have never been officially declassified. “Russians won’t talk about them, the people who created them will hold their secrets to the grave.” 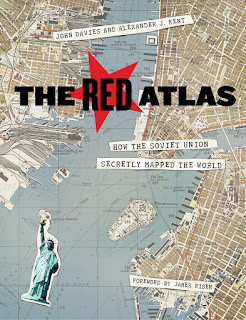 Posted by Rich Coffey at 4:19 PM No comments: