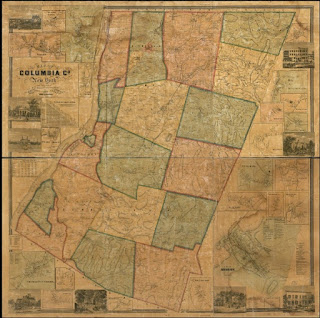 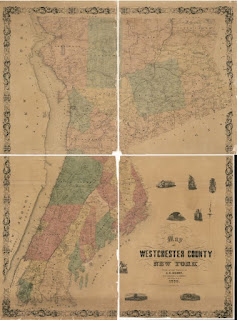 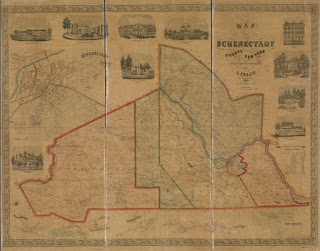 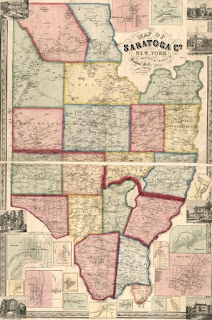 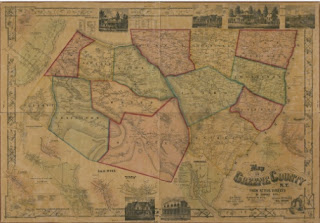 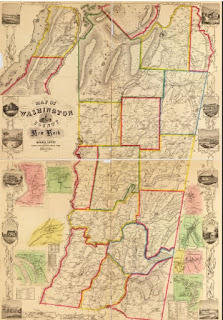 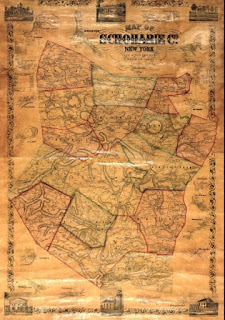 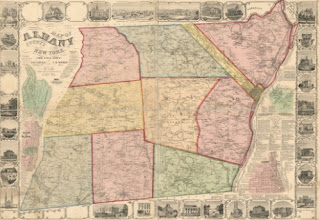 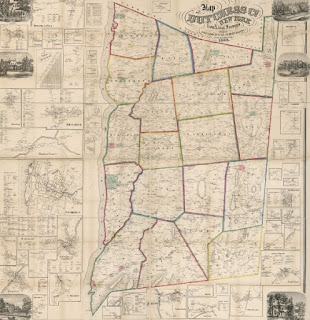 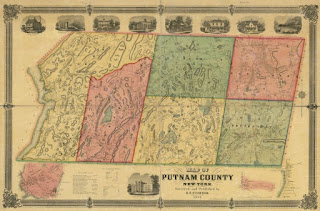 The U.S. has some truly confounding points on the map. Below are just a few of the geographic anomalies.

Rivers are very popular when it comes to setting borders, but over time they meander. The Mississippi River is a great example of how borders many be permanent by rivers change!


The Mississippi River does not care for your man-made borders! 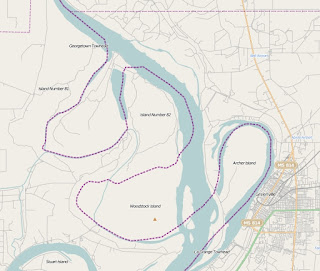 "Surveyors marking the boundary between Kentucky and Tennessee had only estimated where their line would meet the Mississippi; later, more detailed surveys revealed the location of this line to pass rough north-south bends in the river, creating a division of the peninsula."

In 1812, this area of the river was highly disrupted and was reported to even flow backward because of the 1811–1812 New Madrid series of earthquakes, some of the most powerful ever felt in the United States.

The Erie Triangle is a roughly 300-square-mile tract of American land that was the subject of several competing colonial-era claims and which was eventually acquired by the U.S. federal government and sold to Pennsylvania so that the state would have access to a freshwater port on Lake Erie.

The Twelve-Mile Circle is an approximately circular arc which forms most of the boundary between the Commonwealth of Pennsylvania and the State of Delaware in the United States. It is not actually a circle, but rather a combination of different circular arcs that have been feathered together.
The boundaries of the circle were the focal point of the eighty-year dispute!
https://en.wikipedia.org/wiki/Twelve-Mile_Circle

Boston Corner, NY was formerly part of the town of Mount Washington, Massachusetts and was ceded from Massachusetts to New York on January 11, 1855, because its geographical isolation from the rest of Massachusetts made maintaining law and order difficult.


"The mountain formed an almost impassable barrier between this spot and the seat of civil authority, and it became a sort of "city of refuge" for criminals and outlaws of all classes, who fled to it to escape from the reach of the officers of the law... it also became a resort of prize-fighters, who could here carry out their brutal and inhuman purposes secure from the interference of the authorities."  - 1857 description 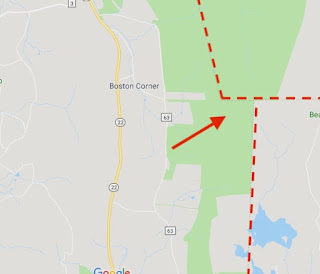 Posted by Rich Coffey at 4:50 PM No comments:

The machine hall of the power facility at Churchill Falls was hollowed out of solid rock, close to 1,000 ft (300 m) underground. Its final proportions are huge: in height it equals a 15-story building, its length is three times that of a football field. At the time, the project was the largest civil engineering project ever undertaken in North America.

I first found about about Churchill Falls when a couple of years back I was panning a Google Map in Satellite view and noted this strange diagonal line all across Labrador. It was bizarre - what could it be? I traced it northward and found the Town and hydroelectric plant and became fascinated. 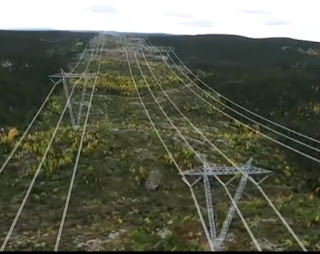 Posted by Rich Coffey at 3:48 PM No comments:

The Manicouagan Reservoir and René-Levasseur Island are sometimes called the "eye of Quebec".

The geological structure was formed by the impact of a meteorite 214 million years ago. It is the fifth most powerful known impact that Earth has seen! The shock wave and air blast from the impact severely damaged and killed plants and animals out to distances of approximately 350 miles. Some scientists believe that this impact may have been responsible for a mass extinction associated with the loss of roughly 60% of all species. 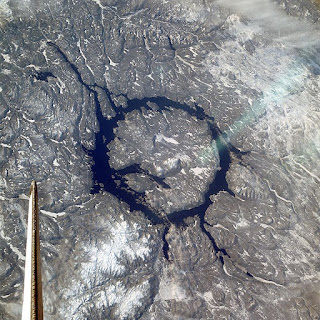 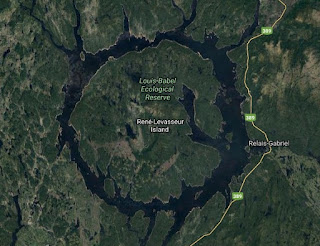 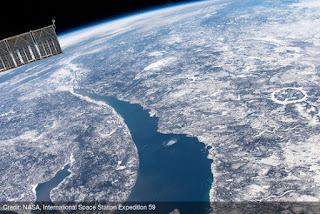 The force of the impact exhumed and liquefied rocks down to as deep as 9 kilometers.  The heat released was so intense that it took between 1,600 and 5,000 years before the melted rocks cooled.

Posted by Rich Coffey at 2:28 PM No comments: