How Much Do Music Artists Earn Online?


Streaming music sites with freely accessible content are being used by a growing number of listeners as a substitute for buying music.

The new world of music looks very different from the old. With the new Web services, listeners don't put CDs into a stereo or download tunes to their iPod. Instead, their music sits on a server somewhere else, waiting to be played from a computer or any other Net-connected device. Source: Business Week 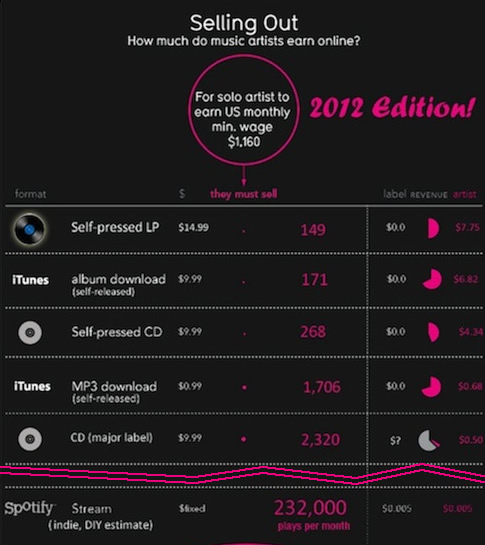 "According to recent data, most major label artists
see nothing from their Spotify streams."
Excerpted from Music And_Piracy Infographic by curseofthemoon

By my calculation it would take songwriting royalties for roughly 312,000 plays on Pandora to earn us the profit of one-- one-- LP sale. (On Spotify, one LP is equivalent to 47,680 plays.) Source: Damon Krukowski

Music at your fingertips on your cell phone or tablet may be cool but these companies are bleeding the creative artist dry... "Pandora's Box has already been opened" and it's hard to "put the genie back in the bottle" but folks should be aware just how much the music bizness has devolved. 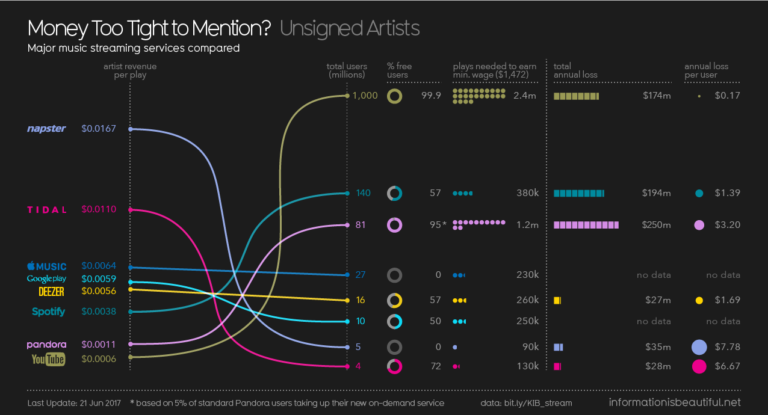